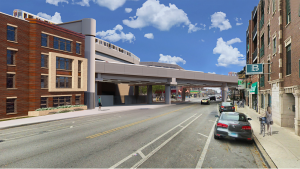 Walsh Construction and joint venture partner Fluor Corporation are starting the project with the construction of a bypass bridge to ease congestion on the 100-year-old rail line in Chicago’s densely populated Lakeview neighborhood, on the city’s northside.

Additional Phase One work will also include the reconstruction of nearly two miles of tracks and the replacement of four CTA stations. CTA trains will remain operational throughout the duration of the project.

“The Red and Purple Lines are part of the daily lives of thousands of Chicagoans,” Matthew Walsh, co-chairman of Walsh Construction, said in a statement. “We’re committed to enhancing this vital transit link and delivering reliable, safe and high-quality infrastructure to the citizens of Chicago.”

The Walsh-Fluor team closely examined methods to mitigate disruption related to construction. The plans include components and construction methods to reduce the impact on neighborhood residents, businesses, environment and traffic.

Walsh Construction has worked with the Chicago Transit Authority to provide numerous transit upgrades across Chicago. Over the last two years alone, the contractor has reconstructed the CTA’s Wilson Station in the Uptown neighborhood, rehabilitated the Garfield Green Line Station in Washington Park, renovated the Belmont Blue Line Station in Avondale, and is currently renovating the Jefferson Park Blue Line Intermodal Facility.

Phase One of the Red-Purple Line Modernization Program is scheduled for completion by 2025.