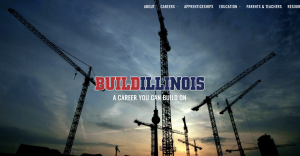 Chicago’s multi-year construction boom has created such a labor shortage so severe that even unionized contractors, who normally would just call on the hiring hall to meet peak labor demands, have run into problems — the unions don’t have enough workers to send out on the job.

Contractors, especially sub-trades, have been forced to make difficult decisions to either decline work or add to their overtime costs, a published The Real Deal (TRD) article says.They are also working to increase the labor supply, including intensive recruitment and training efforts for otherwise disadvantaged potential workers.

Josh Stark, vice-president of construction at developer and general contractor Focus, told the publication that the full-blast pace of construction across the city has dried up many of the traditional wells that building firms tap for talent.

“Typically, if a contractor is running low on workers, he’s going to go to the union hall to get more guys, especially if you need someone in a specific trade,” TRD quoted Stark as saying. “Now, the union halls are empty. Everyone is at work.”

Former Chicagoland Associated General Contractors (CAGC) executive director Dan McLaughlin traces the problem the great recession about a decade ago, when construction dried up and both laborers and managers left the field, while apprenticeship programs stalled — leaving an aging workforce with few young replacements.

“We’re still trying to deal with that,” he said.

The labor shortage has taken a toll on some project timelines, or forced companies to pay workers overtime so they can meet their packed schedules.The problem has affected general contractors, but not to the extent that it has hurt subcontractors, TRD has reported.

“Subs are getting hesitant to bid for too much work, because, what if they get it?” J.T. Magen‘s Geoff Arend said. “They’re trying to figure out how to staff them with the workers they’ve got.”

Leaders of Focus, Clayco, Gilbane Building Company, Magellan Development Group and Summit Design + Build described intensive efforts to hire and train workers from high-unemployment areas through initiatives such as Build Illinois, an industry-wide effort to get students and young people in the trades.

There are also individual campaigns such as Clayco’s Construction Career Development Initiative.

Related Midwest says it is leading a venture with Magellan Development, Sterling Bay, Clayco and others to create a loan fund to help minority and women-owned firms expand. Meanwhile, Clark Construction says it has supported a small business development program, awarding more than $40 million in projects to 94 local companies in the past five years.

“Everybody has a program to get people into the trades,” McLaughlin said.