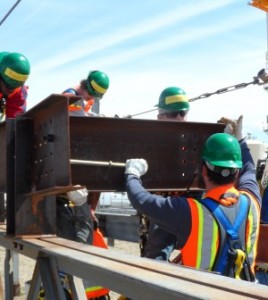 Illinois contractors reported a modest 2.7 per cent increase in employment in the past year, ranking the state 35th in the nation in employment growth, the Associated General Contractors of America (AGC) has reported in its analysis of Labour Department data.

Overall, 43 states and the District of Columbia reported increased employment over the past 12 months; and 27 states added jobs from January to February.

Association officials said the pullback in energy prices and farm income appeared to be dampening demand for construction in some states while firms in other states continue to expand.

“In most of the country, construction continues to outpace other industries in adding jobs,” said Ken Simonson, chief economist for the association. “Contractors remain upbeat about demand for many types of projects, but they are having difficulty finding enough qualified workers.” Simonson noted that job openings spiked in January, according to the latest survey from the Bureau of Labor Statistics.

“The states with the steepest declines in construction jobs during the past 12 months have been hurt by the pullback in oil and gas drilling, coal mining and farm income,” Simonson noted. “A wide variety of influences boosted construction employment in other states, including weather that was more favorable this February than a year ago.”

Association officials said the new hiring figures show contractors continue to be able to find and hire new workers despite widespread reports of labor shortages. But they cautioned that labor shortages may undermine overall employment levels in the sector in the near future. “Without additional programs to recruit and prepare new workers, especially at the high school level, firms may not be able to find new workers as demand for their services continues to expand,” said Stephen E. Sandherr, the association’s chief executive officer.

View the state employment data by rank and state.